You are here: Home >> Transom Closer 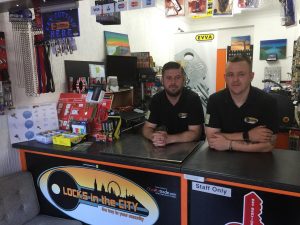 A Transom Closer is typically found on Aluminium doors. Fitted to Commercial shops, units and retail outlets. They can also be found on communal doors to blocks of flats. They are basically a concealed unit within the transom header bar of the door. The transom closer provides the controlled closing of the doors. Typically aluminium doors are quite heavy 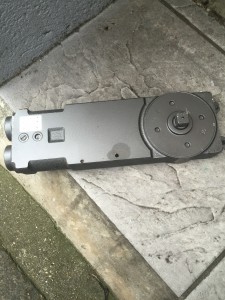 Recently removed from a job, after a handyman put a screw into it causing oil to leak 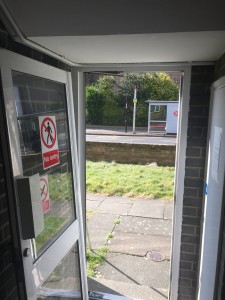 A customers door midway through maintenance and replacement of transom closer 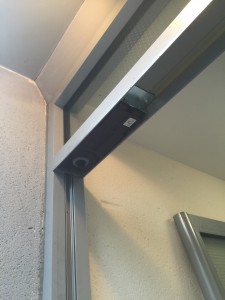 and can be quite cumbersome. Due to the weight of the doors, they need assistance in closing so they don’t slam, bang or cause injury by trapping hands or fingers. They are also fitted to single doors and double doors. Though over time the units can leak when seals start to fail etc or due to poor maintenance. So if you find sticky residue at the top of the door and frame. This is then in need of changing. Typically there will be an oily residue on the frame or running down the door. If its been leaking for a while then it will be a black tacky looking residue. Other sign will be that the door will slam shut with considerable force. Enough that it will become noisey and potentially cause glass panels to smash or shatter. Not only that it could injure someone quite badly. So its quite important to get these changed and get the doors operating as they should.

Call us on: 07921000672  Locks in the City can attend your premises, whether domestic or commercial and inspect, repair or replace your transom closer. We can also replace the arms and floor pivot point. We carry the necessary equipment to carry out replacements on the day if required. We will also set the doors up and make any necessary adjustments to ensure they operate at there optimum performance.