As an Emergency London Locksmiths service, we have had a few mad weeks Danny and myself. We recently purchased new vans which was a big investment for the business to help aid towards being the number one emergency London Locksmiths. We are extremely happy with them. The vans are our mobile offices, workshops as well as most importantly our transport. We decided to go for fully loaded Transit customs in the Performance blue. These are great vehicles. 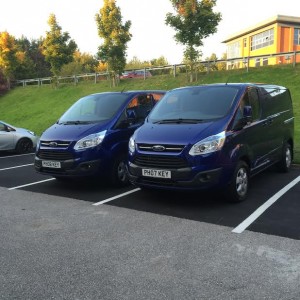 Emergency London Locksmiths vans for Locks in the City

We are in the finishing stages of designing the signwritting. It is hopefully being put onto the vans midway through December when things quieten down. We have gone bold on the deign and as eye catching as possible. So watch this space as we will do a blog on the vans when done. We have put the private plates on them with both just one digit out from each other but both having the work KEY as the last 3 letters, so a fitting word to the world of locksmithing. 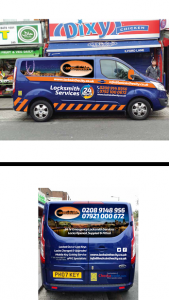 So the business is doing extremely well and we are building a list of customers and businesses on a daily basis. Being an Emergency London Locksmiths we want to show people that we are not a fly by night company. We are a genuine professional business. We have many returning customers, some use us more often then others. Thats because we believe we are the leading emergency London Locksmith. This week I had a customer who I did a job for in Woolwich SE18. We carried out the 3rd job for him within the last 2 weeks. The gentleman has a portfolio of properties in the local area, we attended one in Charlton and another in Blackheath. The customer has been really happy as initially they found us on Checkatrade after reading all our reviews. He said we wasn’t the top one at the time, though they liked our company image and our writing as well as the genuine reviews we have received. They did speak with competitors but they were quoting extortionate prices. We want the local work and to build up a trustworthy go to local Locksmith reputation. Which we seem to have done.

So locally this week we have done a fair few upvc mechanisms, where the weather change has caused doors to expand. People will then force the doors shut and wrench the handles up to lock until one day it will completely fail. At this point if your lucky it will fail in the open position. If it fails in the locked position with the door closed then this makes opening a lot more awkward. So we always suggest you always call us when you discover an issue. 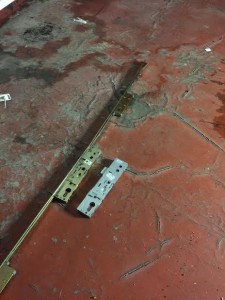 We have had a fair amount of slam shuts, which in the locksmithing world is as technical as it sounds. Someone has just shut the door leaving the keys inside the property. So we will always attend and advise the customer that we will open their door non destructively. If we have to drill the lock then we will offer a free replacement.